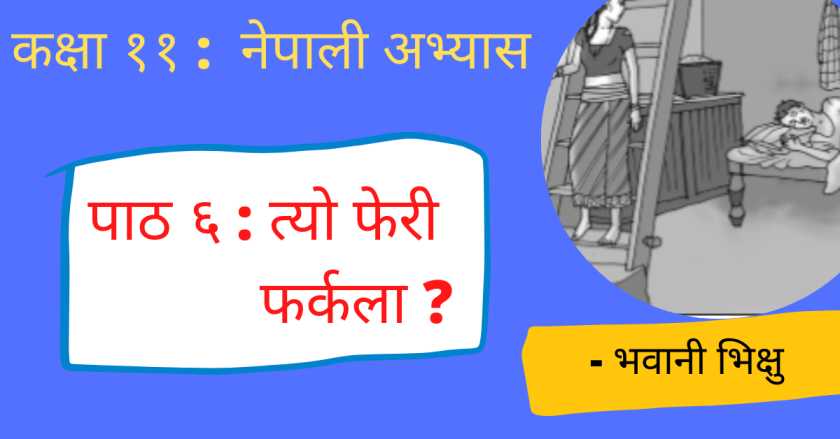 About the Tyo feri farkala:

Tyo feri farkela is a manobaiganaik katha written by bhawani bikchu. This story is included in the New updated syllabus of Class 11 Nepali. You can get the Complete Exercise of Nepali Note down below.
Next : Paryaparyatanka Sambhawana Ra Ayam Class 11 Exercise Notes 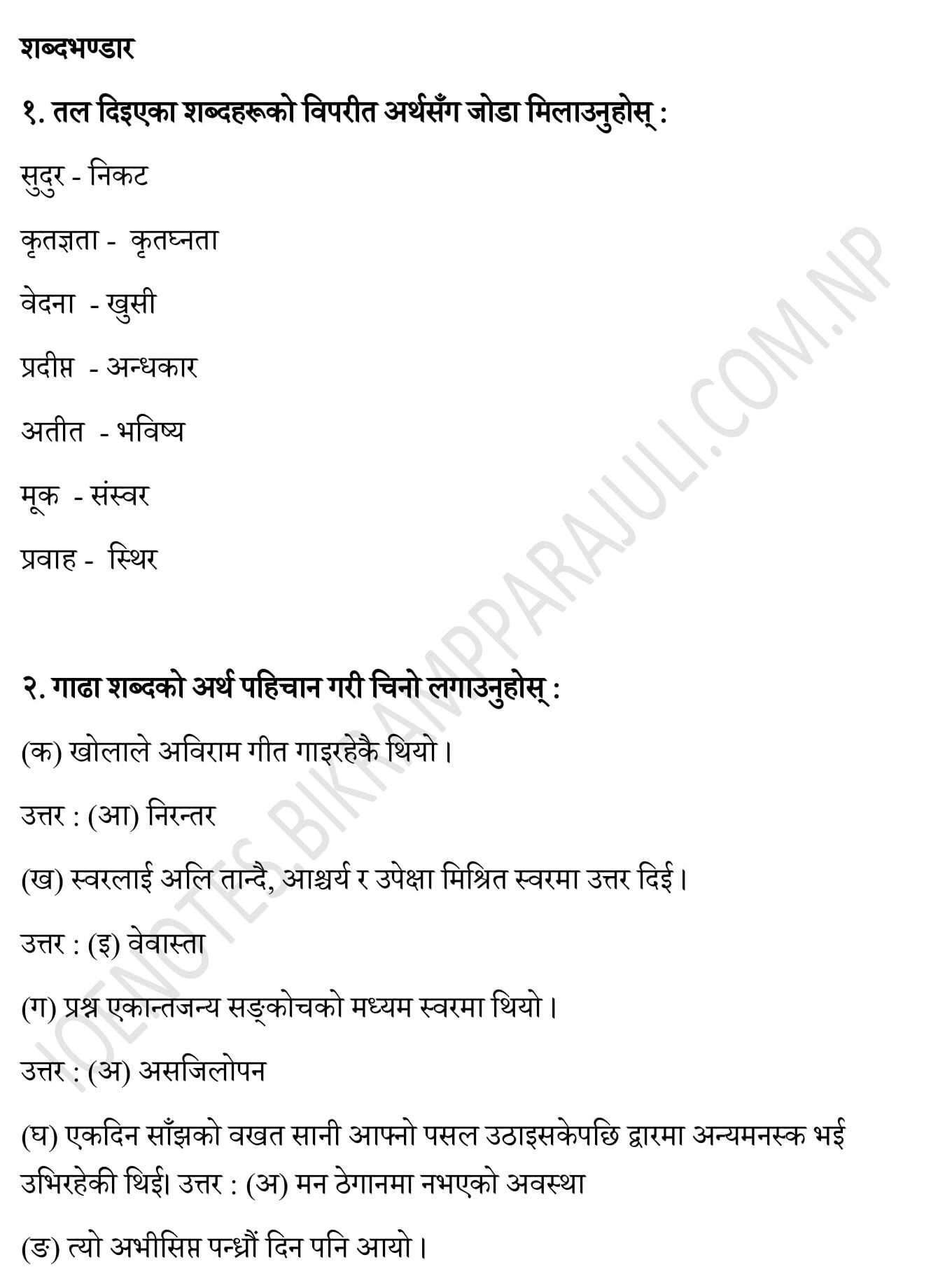 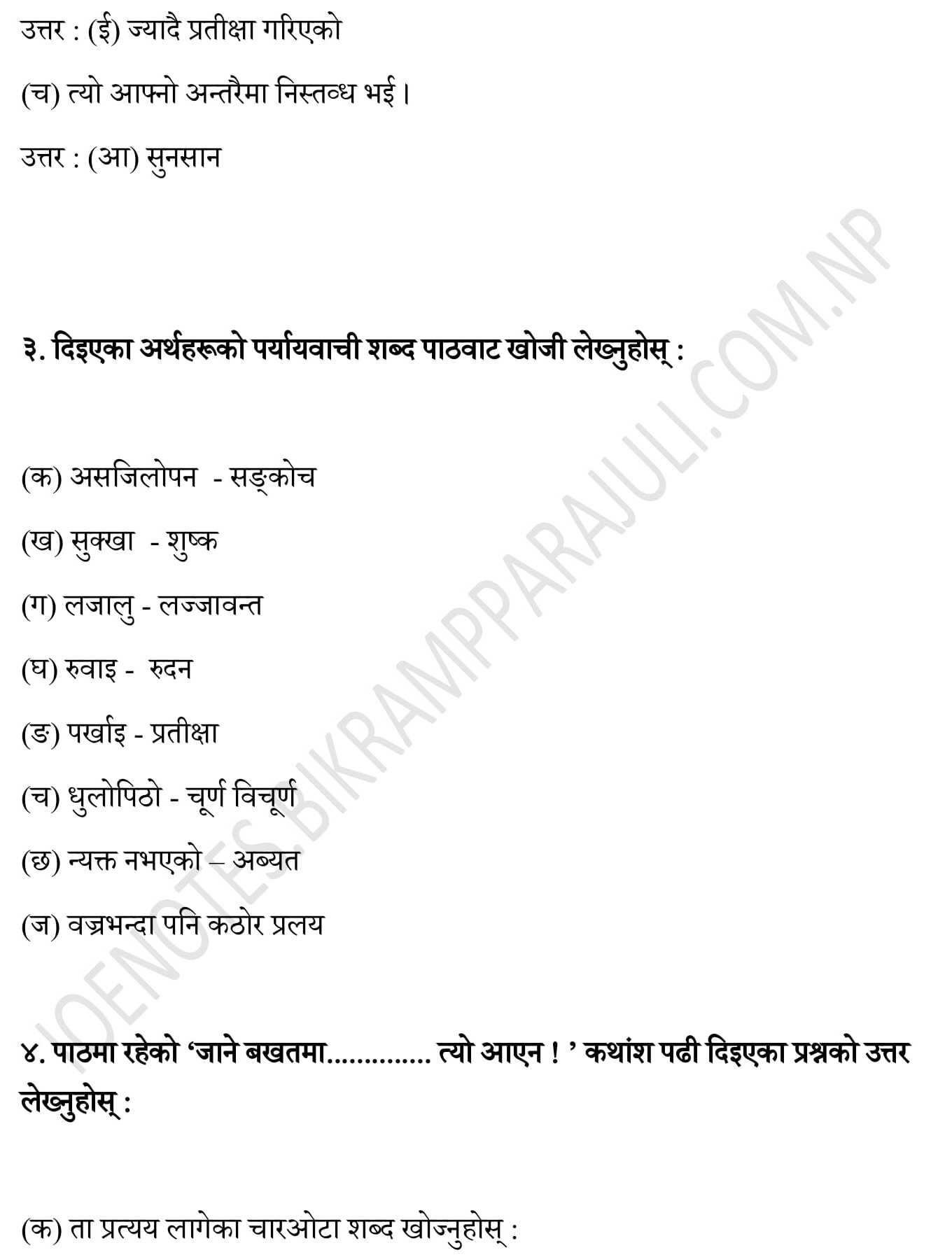 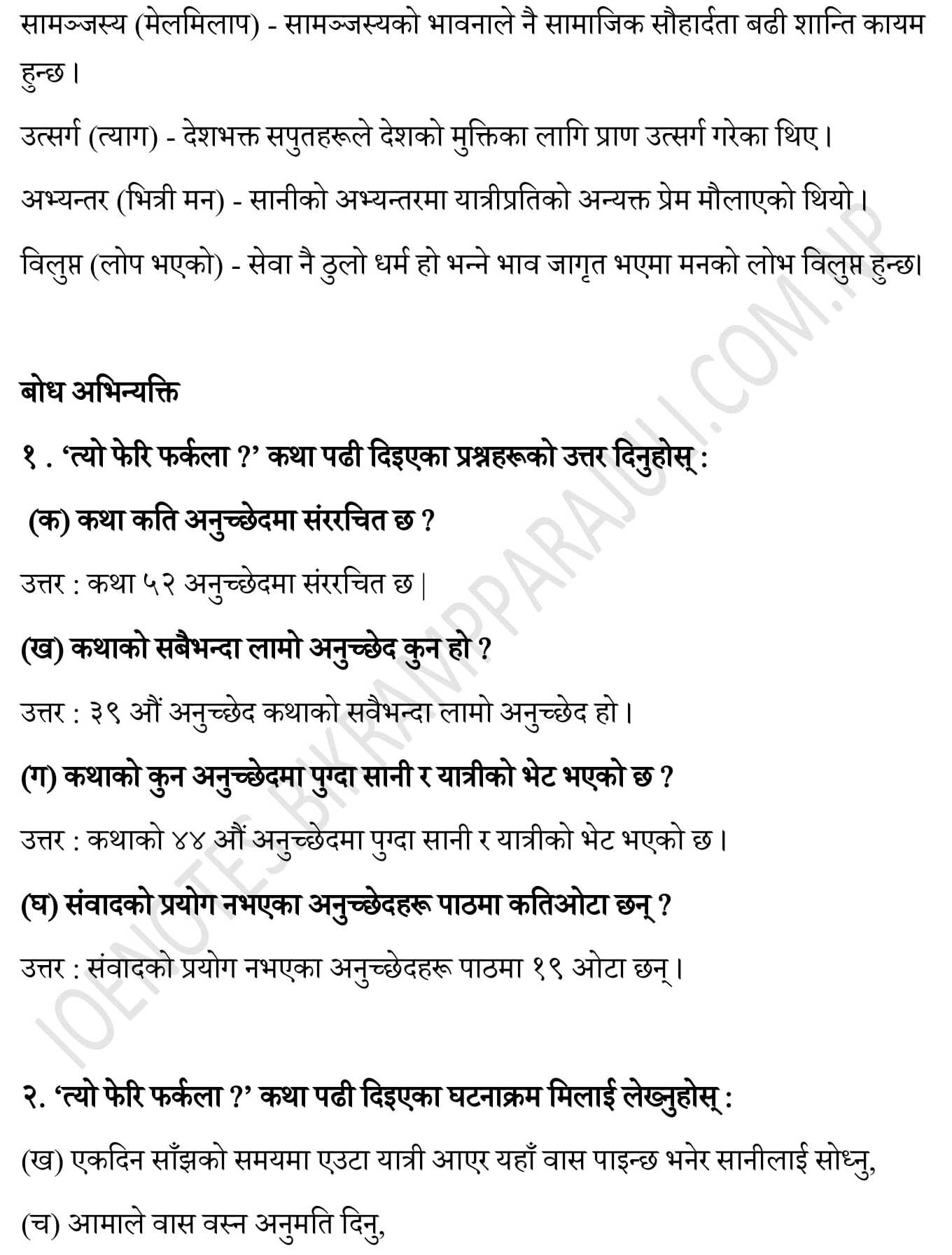 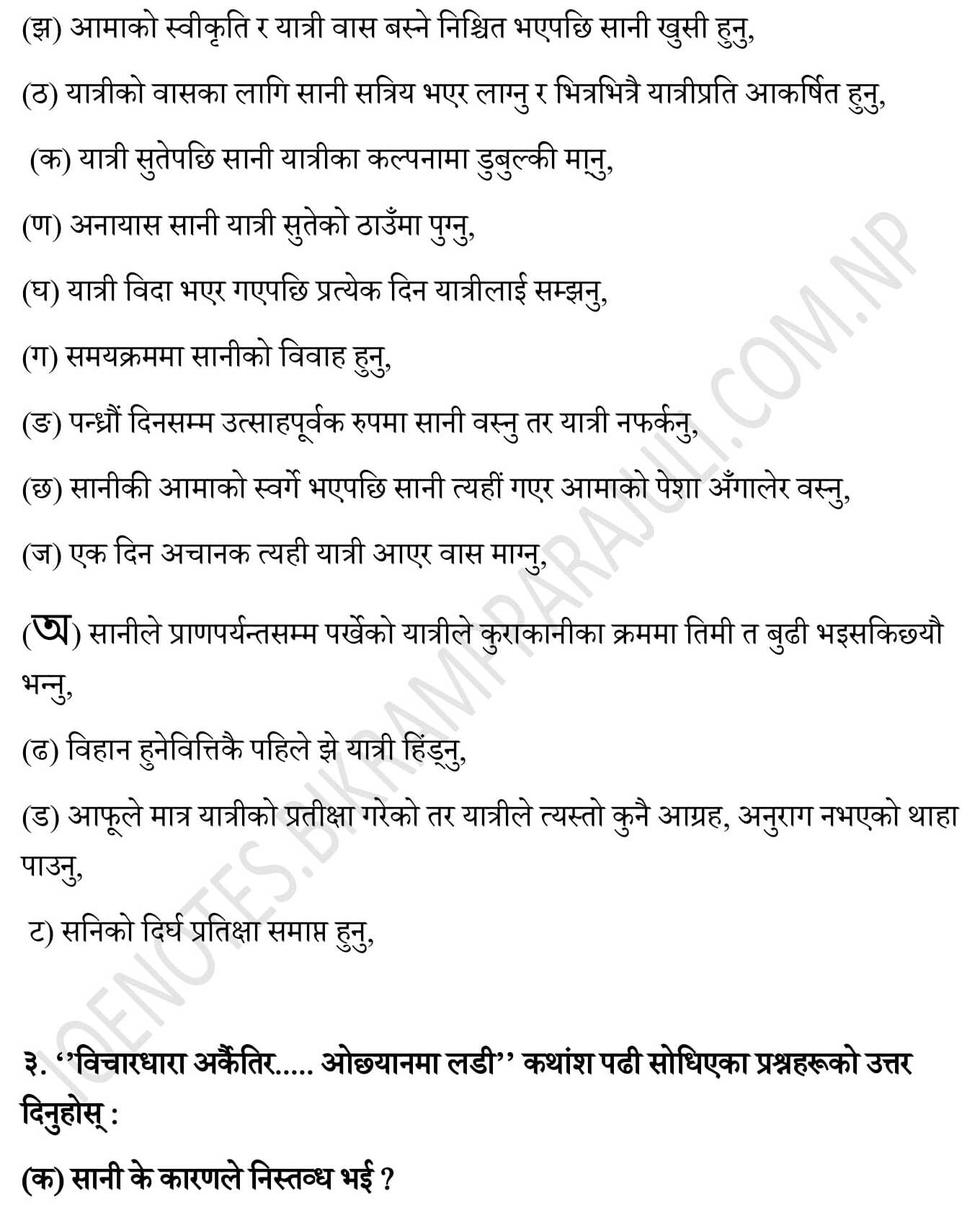 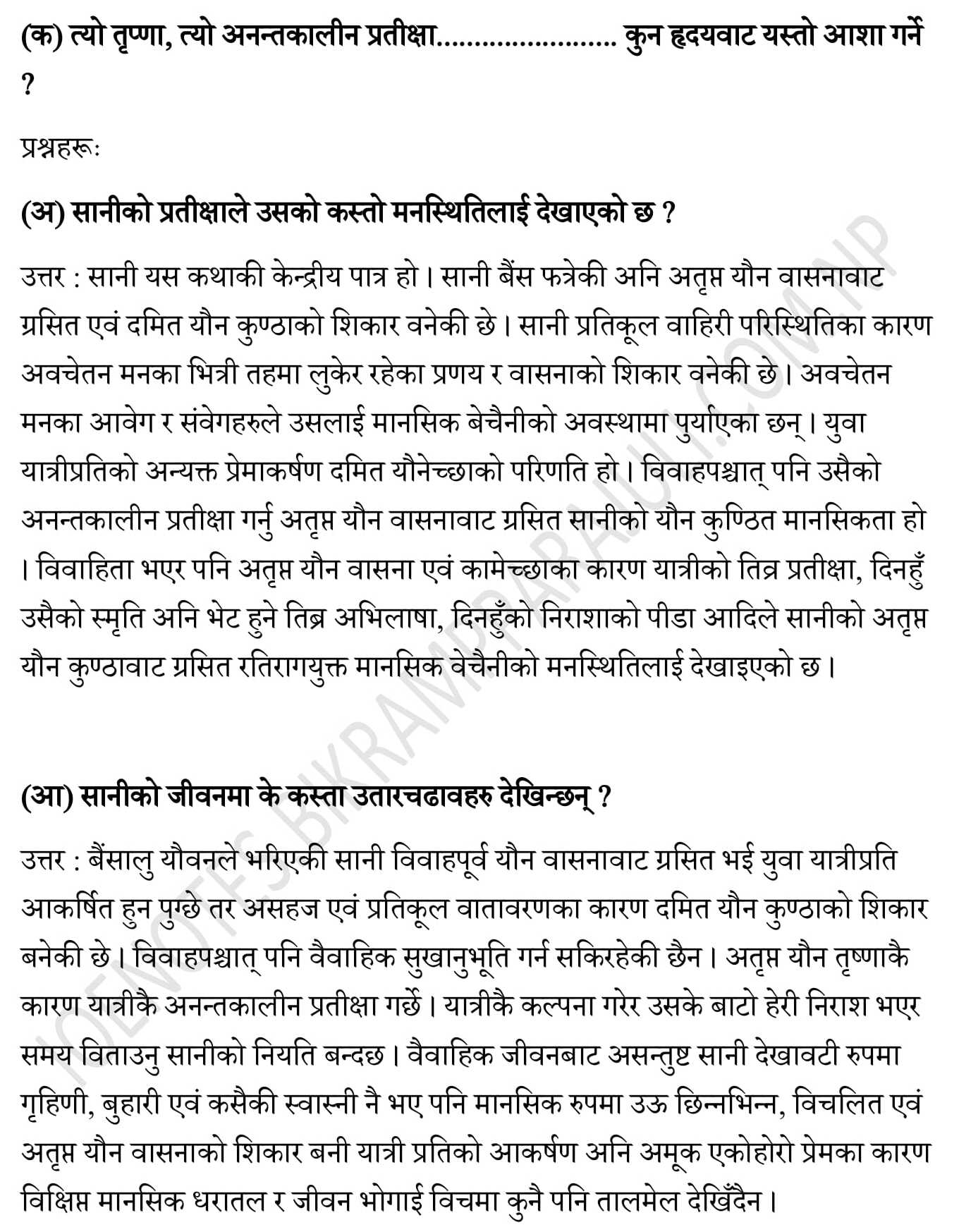 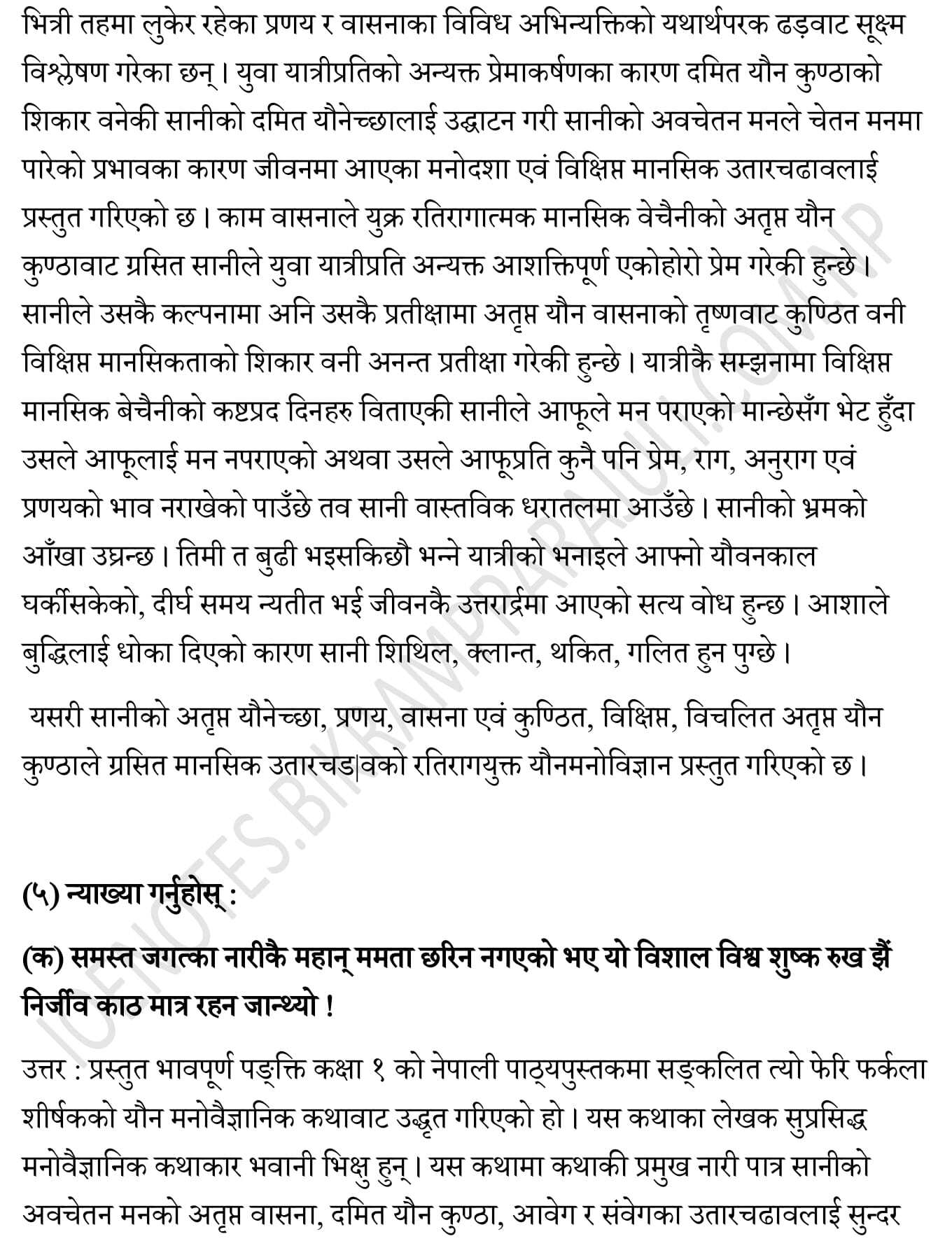 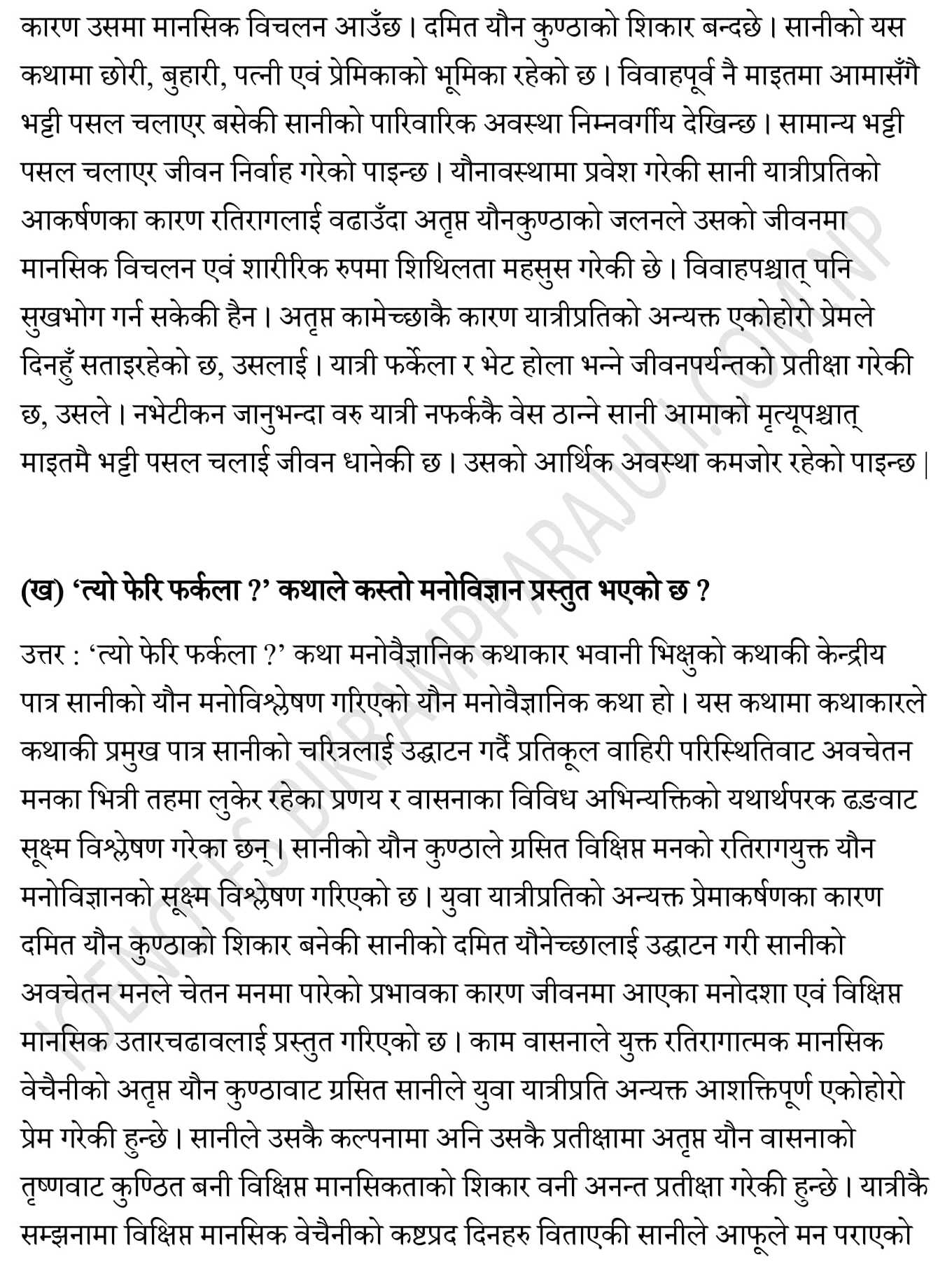 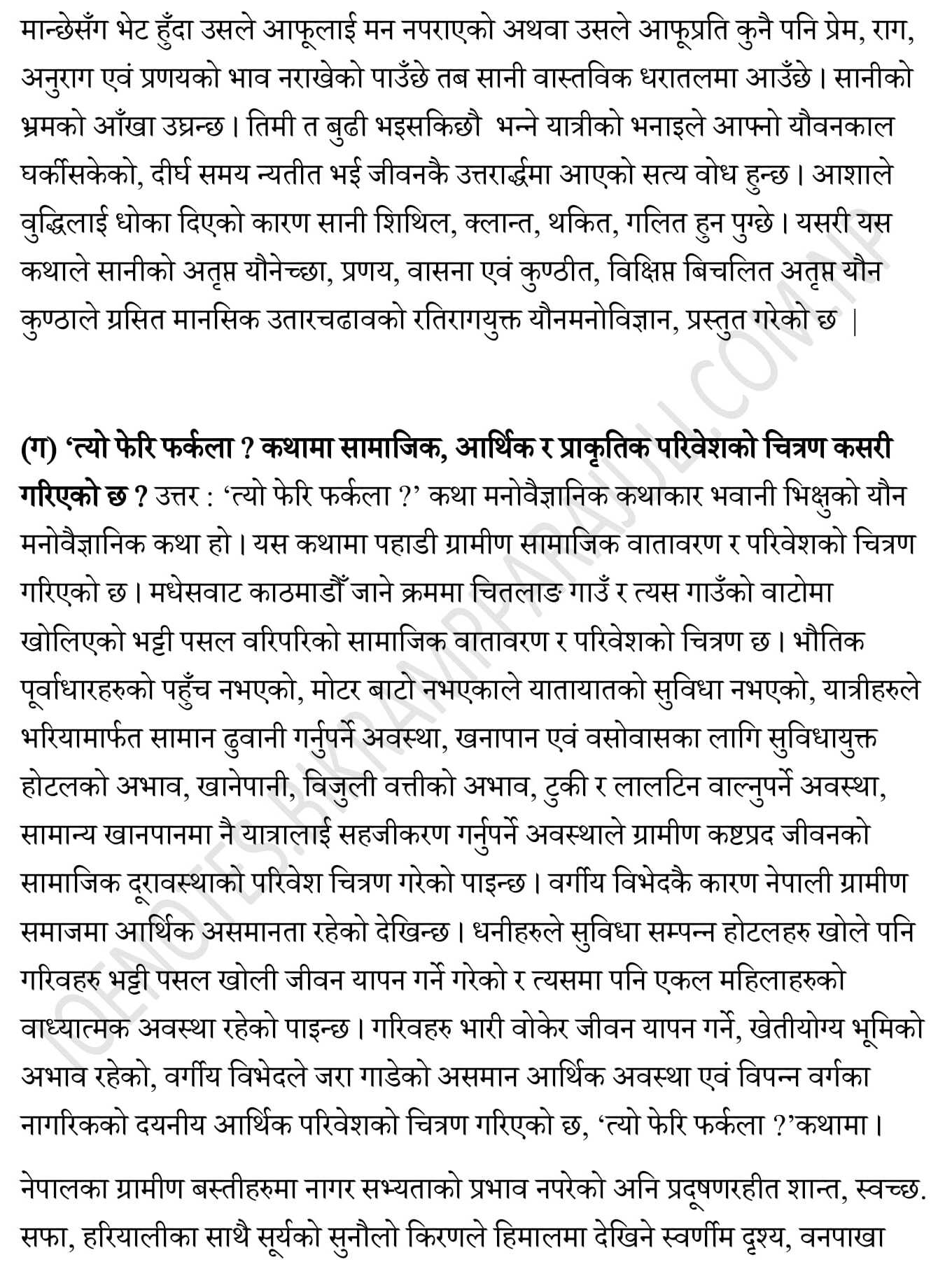 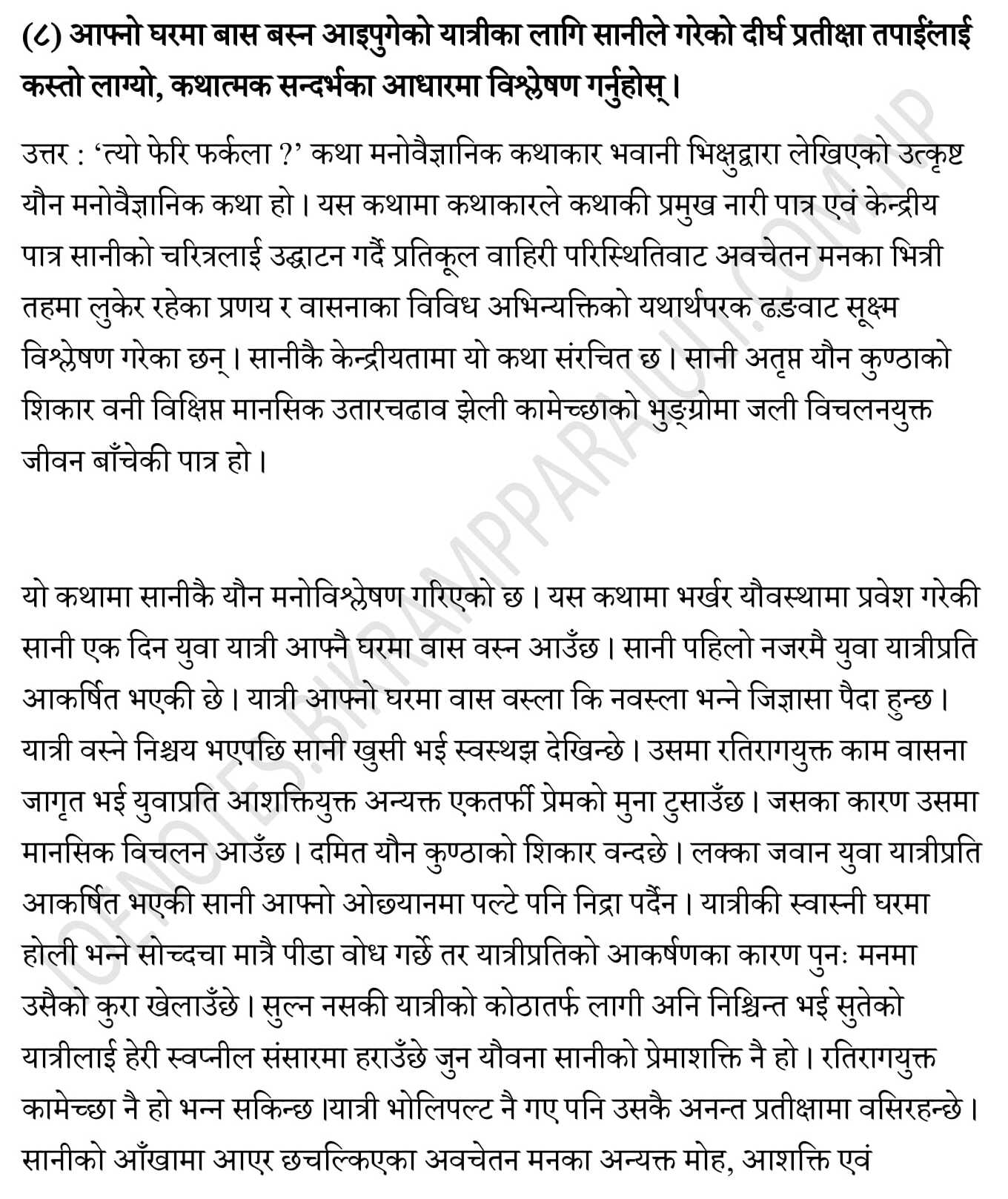 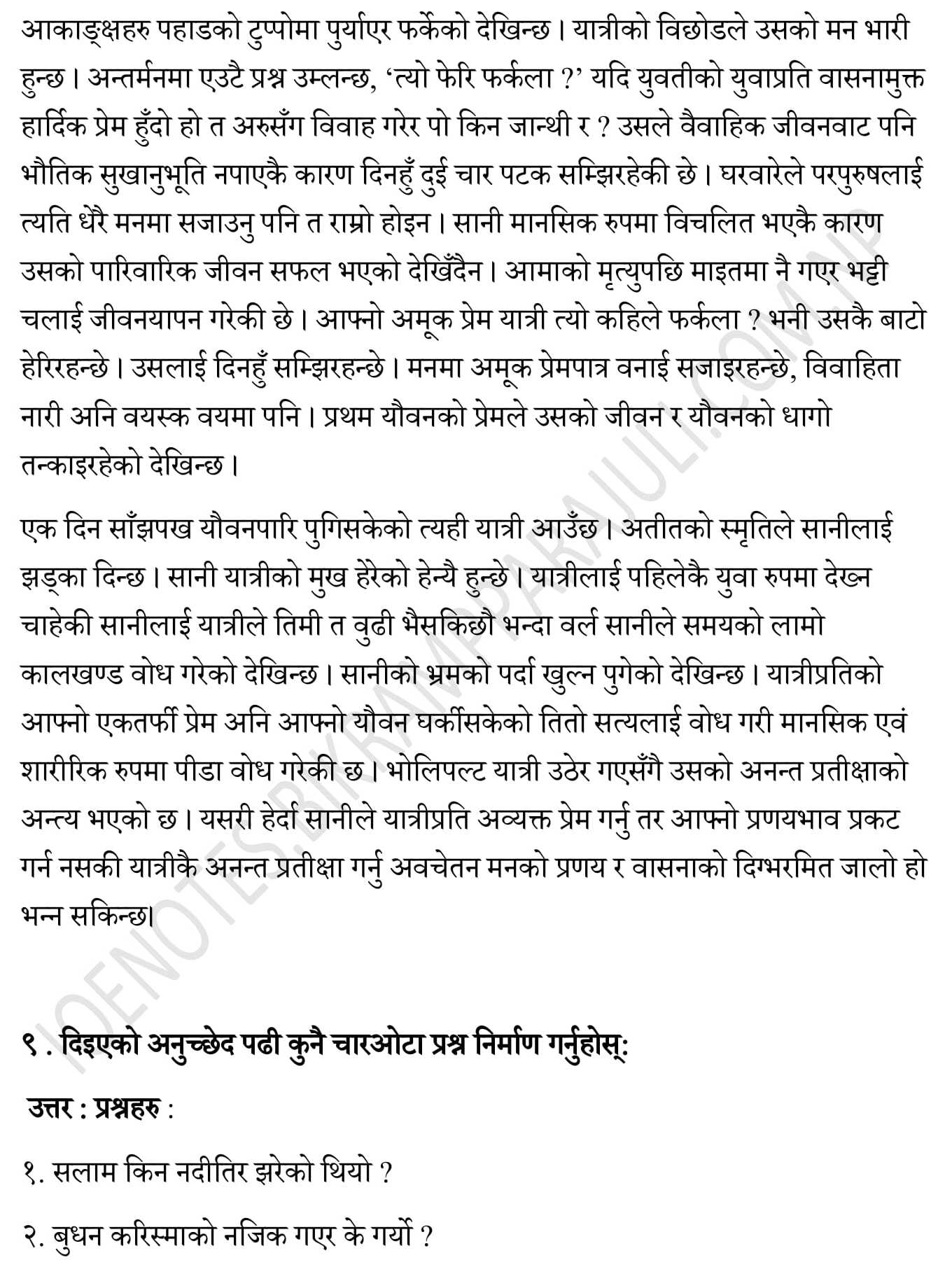 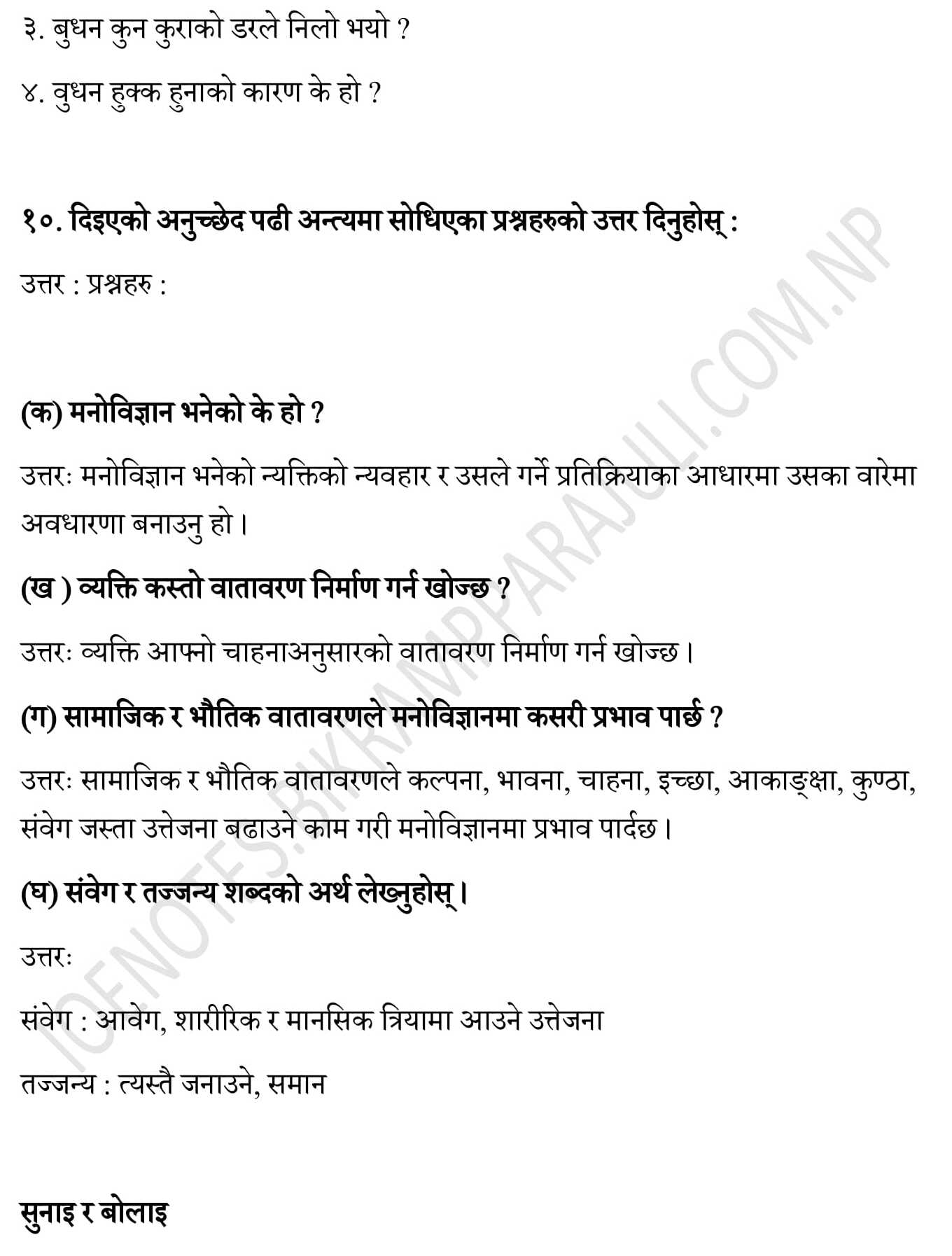 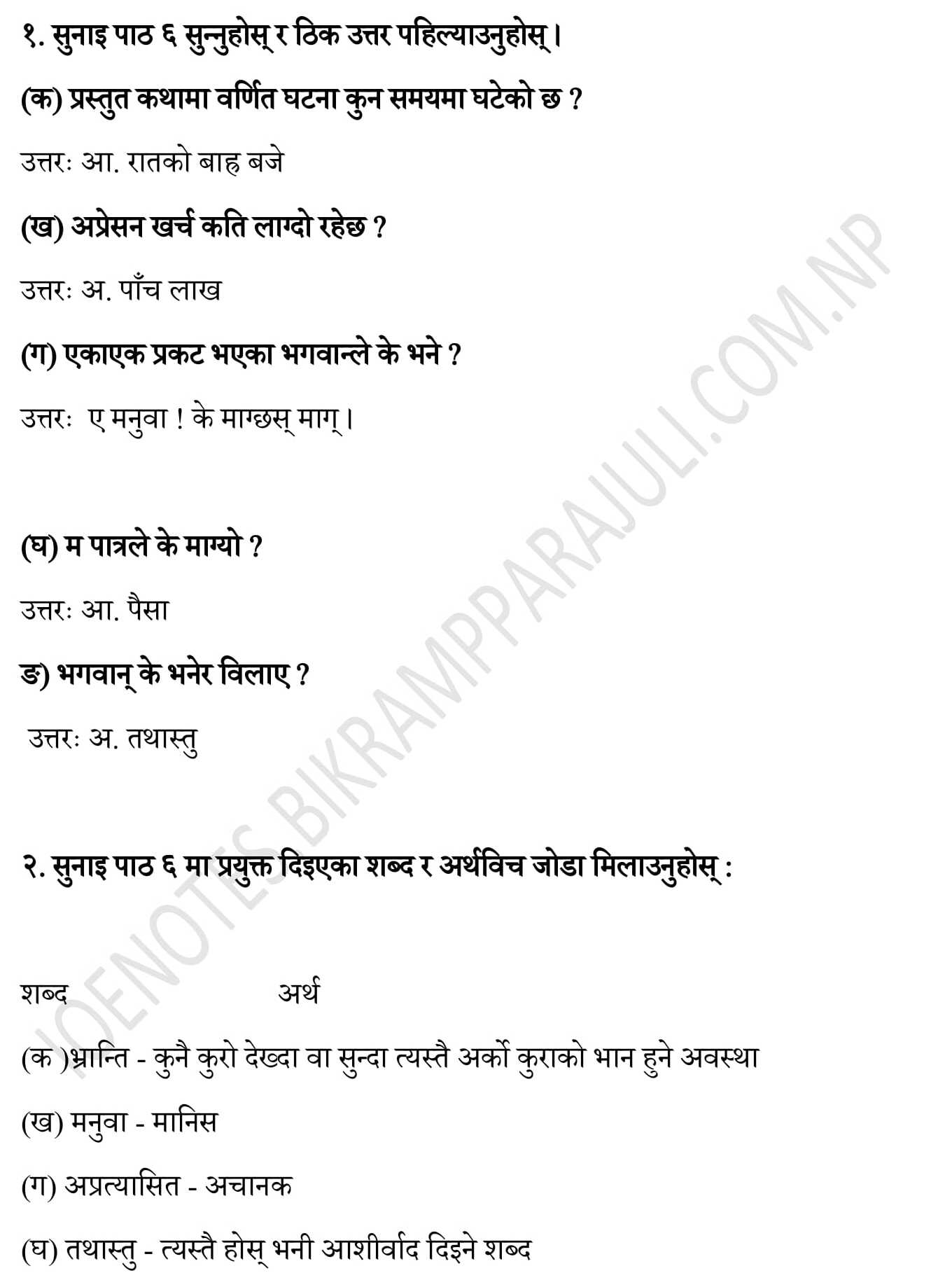 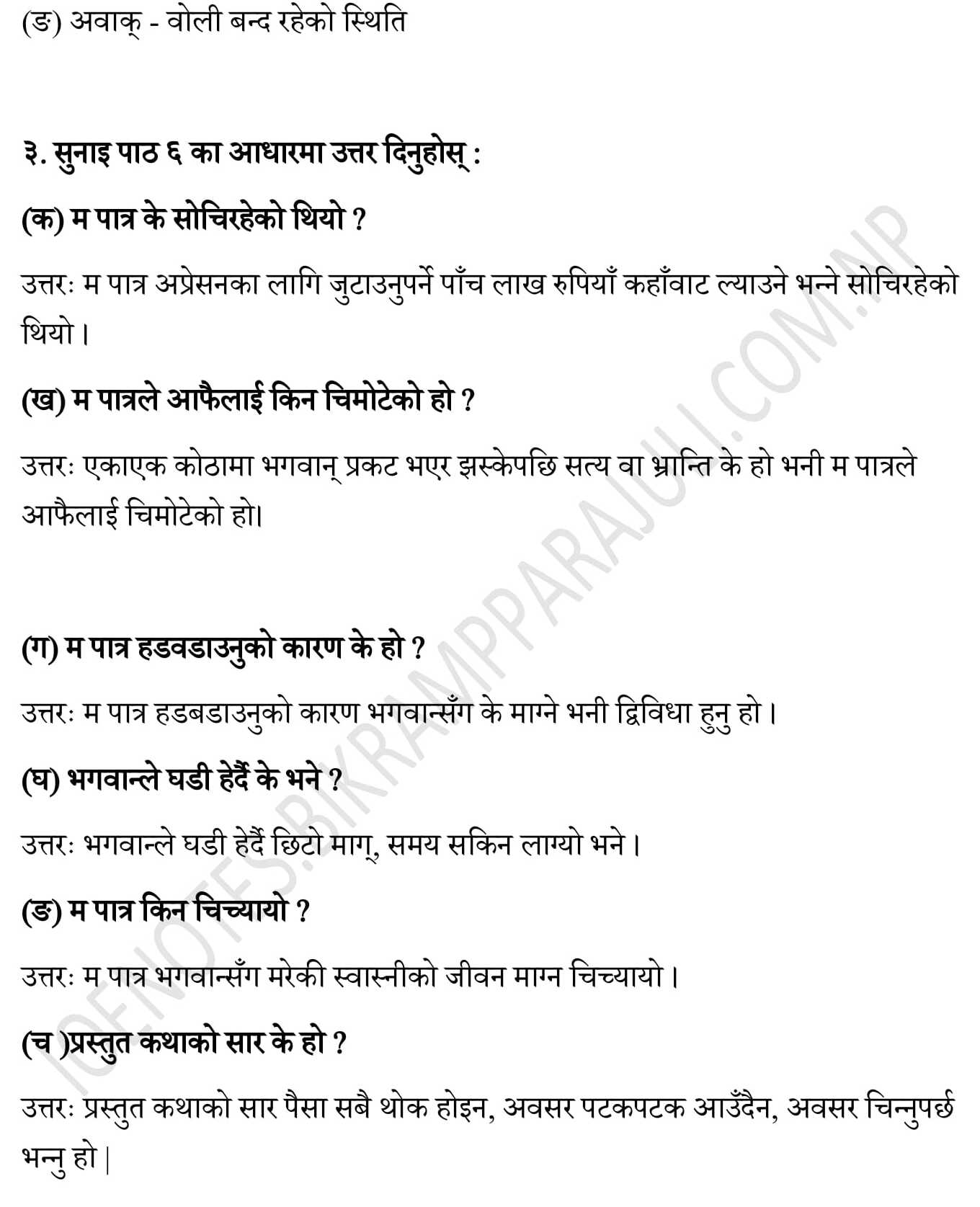 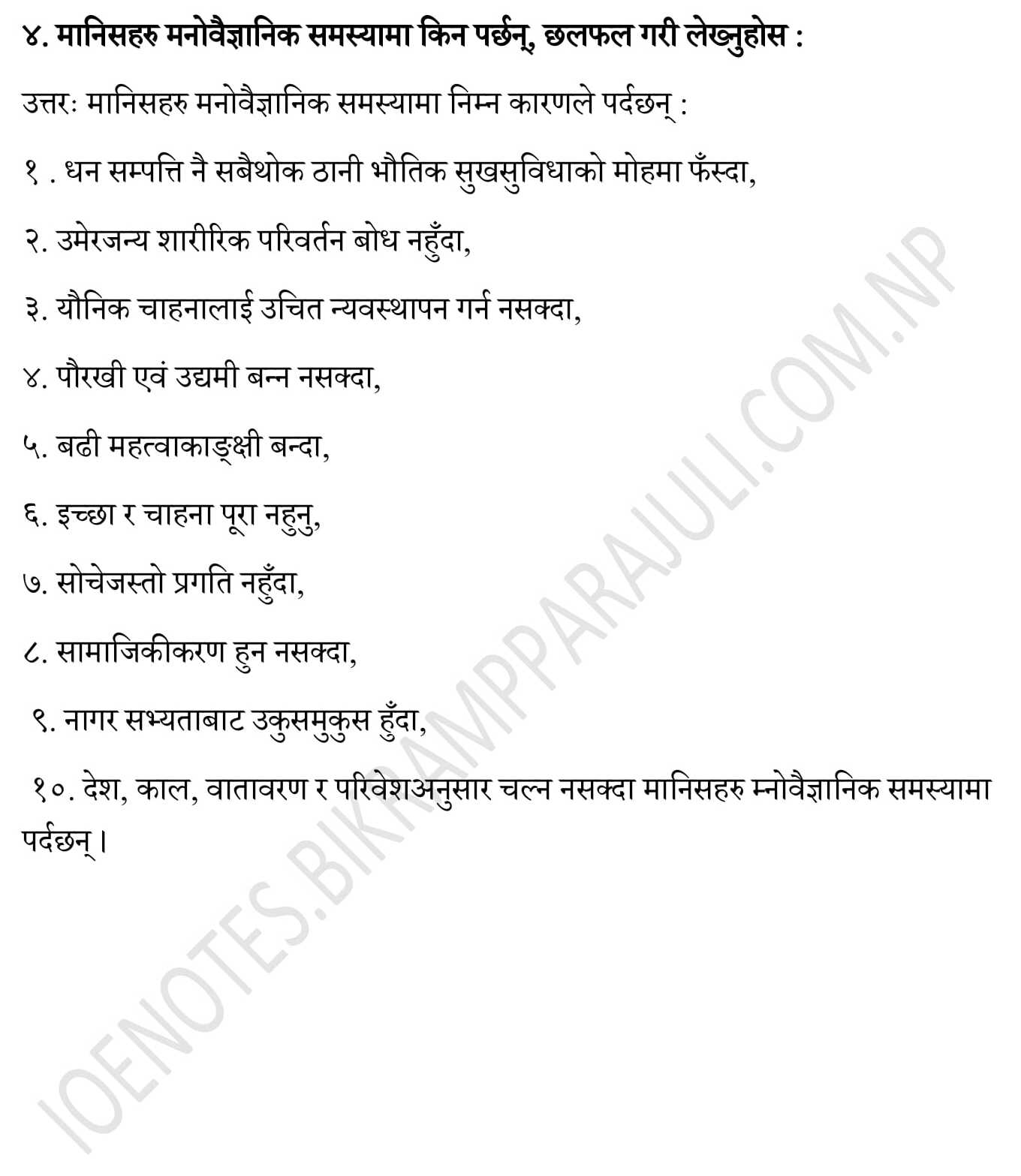 About Author of Tyo Feri Farkela :

The Bikchu real name is Noharram Gupta, he was a small patient. At the same time, he was attacked by Shitala Mai (Beefer). He fell ill with the same disease. Then her mother reached the Kalimandir of her village Toulihawa and started crying, 'O Goddess of Reality! Let nothing happen to my son, let him live forever. ' When he reached home from Devithan, his son was walking to greet him. Tears of joy welled up in her mother's eyes as she watched her son's well-being. She hugged her son and said, "My father!" You are healed by the grace of the Goddess. But the bikchu face was covered with scars. It is said that he died of bifurcation and his mother Yashoda Devi saved him by begging from Bhavani.

Born Bhavani was a man of sharp intellect. His uncle's house was in Kapilvastu, India. In the wake of passing four in the language school of his town, Bhavani Bhikchu went to his mother by marriage's home. Not having the option to remain at her mother's by-marriage home for a couple of years, her dad sent her back to Nepal.
But due to the monotonous stubbornness of Bhavani Bhikchu, he returned to his uncle's house. From that point onward, his customary perusing and composing began in India. He breezed through the Kulbhushan assessment in Hindi medium at twelve years old and got the second spot in that assessment. Through self-study, the vikchu have acquired good proficiency in Hindi, English, Bengali, and Urdu.
Later, after returning to Nepal, he became the scribe of Adda. The vikchu continued to write only in the morning, evening, and afternoon. Mathura Prasad Gupta established the Shri Ram Library in Toulihawa during the same movement. After that, the vikchu also took the lead in reading works of Nepali literature.

Lekhandas had a good name in Bhavani vikchu towel. They came to improve the house of Kathmandu as well as the land of local Pashupati Pratap Puri. In fact, Puri was a landlord. But due to natural calamities, his land was put up for auction.

Puri was looking for a trustworthy person to help him raise his area. Puri chose the Bhavani vikchu as a person with such qualifications. So the vikchu came to Kathmandu carrying Puri's documents.

Bhavani vikchu also got political appointments as a government employee. He even became the director of the propaganda department under the watchful eye of King Mahendra. Bhavani vikchu edited 'Sharda' and Dharti. He also published nine works of fiction, novels, and poems. He also won the Common Award (2032) and Madan Award (2032) for his novel 'Agat'.

He was awarded the Tribhuvan Pragya Award in 2036 B.S. He has been a member of the Nepal State Intellectuals Foundation from the beginning of its foundation. After being a member there for twelve years, he became a life member with an allowance for the same post. The vikchu outside the capital initially struggled financially and left themselves in Kathmandu.

As a result, the vikchu were considered to be the unforgettable pioneers of Nepali fiction. vikchu have always been revered as immortal seekers of Nepali literature.

The narrative tendency of the narrator vikchu

Bhavani is one of the leading geniuses in the psychological realist narrative genre, started by the vikchu Bishweshwar Prasad Koirala. The main theme of the storyteller Bhavani Bhikshu's uninterrupted story journey is to touch the secrets of human life and rejoice in sentimentality and examine the real condition of Nepali society of that era as well as the subtle emotions of the human mind.

His stories are written in the confluence of romantic or romantic and mystical narratives as well as social realistic and psychological narratives. Despite the fact that he depicted numerous parts of society and life in his accounts, he is a capable notable as a narrator to communicate the sensations of shared fascination and love among people along with different sorts of struggles, pressures, and agonies.
In the story of Bhavani Bhikshu, many psychoanalysts of the conscious and unconscious mind, in particular, are analyzed. Freudian vikchu, who also create stories from political and social contexts, are interested in storytelling by making sexual psychology the main theme of the story.

The essence of the story

Through Sani, the story has a subtle depiction of the subconscious mind of man. During the conversation, the passenger who waited for Aunty till her death said that you are old, then Aunty's mentality has been hurt. The essence of this story is to say that being frustrated in this way causes more pain in life and man's sorrow and happiness depend on his mentality.

If you have any queries regarding the Exercise or any other issue you are free to comment down below.